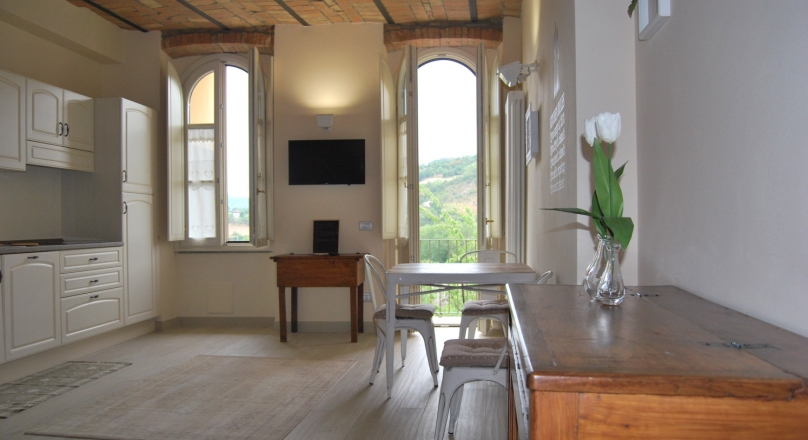 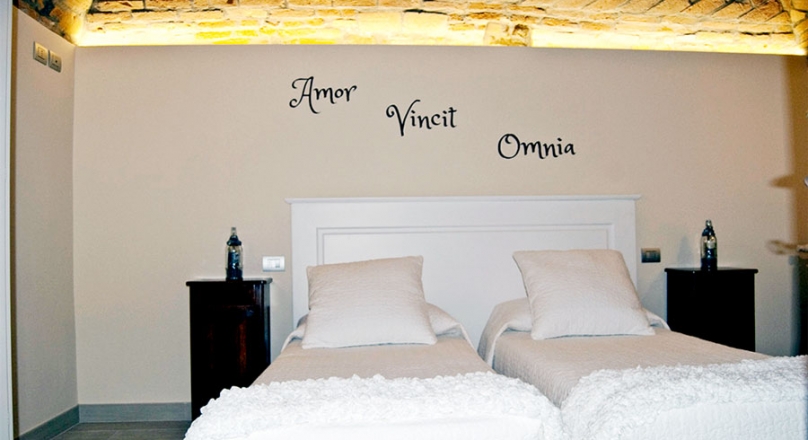 Suite of the Contrada 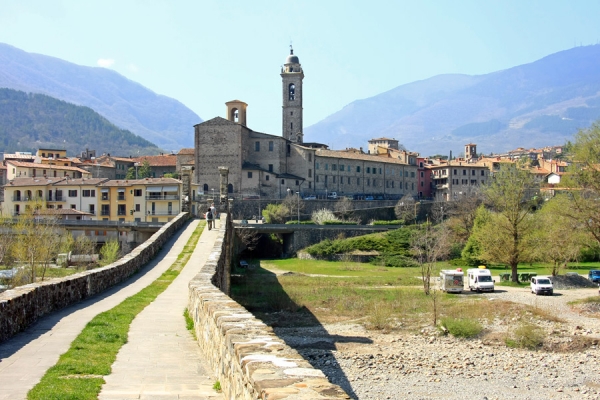 Bobbio is the most important center of Val Trebbia.

Bobbio is the most important center of Val Trebbia, the town is situated on the left bank of the river, at the foot of Mount Penice. Extremely close to Liguria, reflects the beneficial influence of the sea. Bobbio boasts the orange flag of the Italian Touring Club. The territory, inhabited since the Neolithic and Celtic-Ligurian settlements, became Roman in 14 BC and in the fourth century it was built the first nucleus of the Bobium village. Its history is identified above all with that of the Abbey of St. Columba founded in 614. During the Middle Ages the abbey had a political role, important cultural and religious, his possessions, since the age Lombard and Carolingian, ranging in areas north of Italy. In 1014 received the title of City, County and becoming Diocese, first independent then under the Duchy of Milan, and finally under the Savoy. Free commune since the beginning of the twelfth century, fought with the Lombard League against Barbarossa in Legnano. until 1923 the province of Genoa until the unification of Italy, was part of the Pavia province, then he moved to the province of Piacenza. It was a bishopric until 1986. The glories of the past, as well as what remains of the codes of the Archives Bobbiensi, retains the flavor of its medieval village, with its narrow streets, stone houses and stately mansions, grew up around the monastery, which, along with the beautiful natural landscapes of valley, make it a major resort town of Piacenza. It is from one of these buildings in stone that come our Suites.